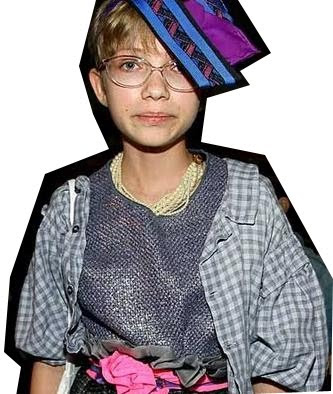 13 year old Tavi Gevinson, blogger of “The Style Rookie” appears to be getting some of what all fashion lovers want, a chance to have one on one interactions with the designers and clothes themselves. She caught my attention after watching her appear as the guest host on Fashion Television’s “Raw” during numerous episodes. At first i thought it was a joke, she looks so young – she cant be an actual host. I was wrong! This eclectic fashion blogger and lover knows her ones and twos of the fashion world appearing in The New York Times as well as Pop Magazine and Teen Vogue. She was previously the inspiration for Rodarte’s line for Target (available from December 09 through till January of this year).